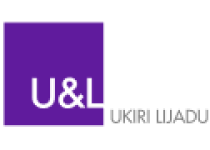 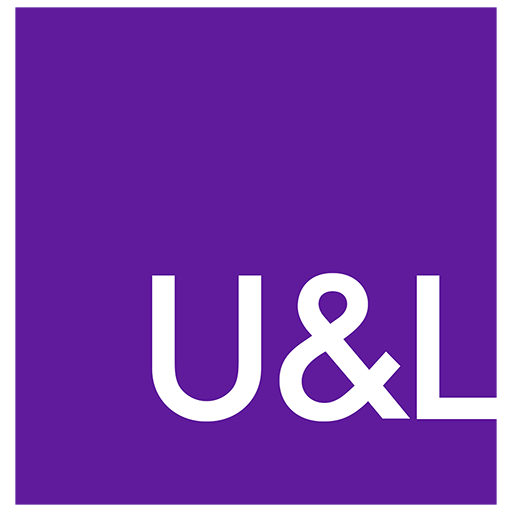 OIL AND GAS INVESTMENTS IN NIGERIA: EMERGING REGULATIONS AND INCENTIVES

OIL AND GAS INVESTMENTS IN NIGERIA: EMERGING REGULATIONS AND INCENTIVES

Nigeria is currently facing significant challenges in its petroleum industry because of the volatility of oil prices[1], pipeline vandalism and illegal refining. It is clear that the country must reduce its reliance on crude oil income by developing its midstream and downstream sectors and leveraging on its natural gas reserves[2].The existing petroleum regulatory framework however discourages investment in the sector and has proved to lack the requisite comprehensiveness to enable Nigeria achieve these outcomes. Moreover, the backbone of this framework[3], the Petroleum Act of 1969[4], failed to provide for the sustained development of Nigeria’s gas resources. These factors necessitated an overhaul of the petroleum regulatory framework and the advancement of incentives to promote investment and operations in the industry.

The National Gas[5] and Petroleum Policies[6] were formulated in conjunction with new legislation to overhaul the Nigerian petroleum industry and initiate multi-sector economic growth, by addressing a broad range of issues such as sector governance, institutional framework, the fiscal regime, the need for a separate gas industry, the corporate structure of state-owned enterprises, transparency, accountability and environmental issues.

stalled at the Nigerian National Assembly.[1] Nonetheless, their enactment into law would generate much needed changes in the Nigerian petroleum industry.

Each bill seeks to address a key aspect of the challenges faced in the Nigerian petroleum industry. The Governance Bill is intended to outline a strategy for the creation of commercially viable petroleum entities, through the creation of efficient governing institutions with clear and distinct roles. The Fiscal Bill proposes the new fiscal package for the oil and gas industry with an exhaustive royalty regime and new tax arrangements, and also provides incentives for petroleum processing. The Host Community Bill is intended to enable host communities benefit directly from the operations taking place in their communities, while the Administration Bill seeks to address the new licensing and regulatory arrangements across the value chain in the oil and gas sector.

Although the provisions of these bills appear to be diluted versions of the reforms proposed in the original PIB, these emerging regulations collectively seek to create a stable framework that encourages investment in the industry and in order to achieve this, they provide for several institutional reforms and incentives, which are further discussed below in this article.

Notably, the Nigerian government intends to incentivise increased participation in its petroleum industry by adopting different restructuring measures such as the unbundling and vesting of the Nigerian National Petroleum Corporation (NNPC) assets into a new profit-oriented, state-owned enterprise[2] and the establishment of a single regulatory body[3], to govern all segments of the industry. The proposed consolidation of existing regulatory authorities[4] could eliminate regulatory overlaps, which hinder effective operation in the industry. The proposition that these new entities will be largely independent might however only be a fallacy as they will remain under the supervision of the Minister.[5]

Although the separation of NNPC’s corporate and regulatory interests would have an impact on transparency and accountability in the industry, this could be ineffective if its corporate governance challenges and other bureaucratic inefficiencies are not addressed in the new entity. The regulations also commendably seek to incentivise investors through the creation of a network code rooted in competition and anti-trust regulation, which would provide non-discriminatory access to all infrastructure within the oil and gas supply chain[6].

create specialist centres,[1] which will operate in collaboration with the Nigerian Investment Promotion Council to provide trustworthy information to potential investors.[2] Although this would improve the ease of information dissemination in the industry, it is the authors’ opinion that in order for this reform to be effective, it must  leverage extensively on the digital age and information technology.

Additionally, the existing fiscal framework[3] for the petroleum industry has proved to be complex and outdated[4] and in response, the national policies seek to introduce a new regime, to attract investors while ensuring the accrual of government revenue. The purpose underlying this new framework is the promotion of a fiscally sustainable industry that will foster the socio-economic development of Nigeria. This will be contained in a single legislation for easy access as opposed to the current disparate regime.[5] Another significant incentive proposed in the emerging regulations, is the assessment of gas as a separate product based on its own economics, not dependent or consolidated with oil income[6]. An investor who operates solely in the gas sector could be attracted to this introduction of a gas regulatory framework.

The emerging regulations are also intended to promote indigenous participation[7] in the sector through the allocation of marginal fields in the upstream sector[8]. The new framework also proposes the implementation of measures to resolve the rampant insecurity of the Niger Delta region and the creation of small equity holdings in oil operations as means of nurturing partnerships with host communities. These measures would attract investors if they are successful in eliminating the risks of vandalism, kidnapping and other safety concerns associated with operating in indigenous communities. Participation in the upstream sector however requires significant capital expenditure which might prove difficult to secure for indigenous companies. Thus, without specialist financial intervention for these companies, this incentive may be ineffective in attracting local investors or encouraging indigenous participation.

Furthermore, in order to offset the significant deficit of midstream and downstream assets, the new regulations intend to create an environment in which investors are invited to construct pipelines, refining and storage facilities, by introducing commercially attractive provisions. Each of the refineries will be given

The emerging regulations also recognise that large-scale petroleum projects require financing and as such, they aim to encourage all types of project financing[2]. The new policy framework however also stipulates that direct involvement of the Nigerian government in project-financing will be minimal. Instead, the main sources of project finance in the industry will be appropriations, owners’ equity injection or commercial loans. This may disincentivise investors who would be forced to raise the requisite capital and bear financial risks alone, while sharing profits with the Nigerian government.

The emerging regulations also intend to promote the upstream sector by encouraging the discovery and production of resources in geologically prospective terrains, including the inland and offshore basins[3]. As an incentive, the new regulatory framework provides for the favourable review of the commercial terms upon which titles to inland basins would be allocated. The emerging regulations further provide that license renewals or extensions will be based on the success or the degree of progress of license holders in meeting their exploration or production targets. Under this approach, the industry will be more accessible to effective operators and those who do not meet license conditions, including oil production, gas flaring, and gas supply obligations, will be held accountable.

The primary objective underpinning the proposed regulatory changes and incentives discussed in this article is a shift from the current reality that hydrocarbons are merely a fleeting source of income in Nigeria, to a future in which these resources promote long-lasting economic growth and development, driven by targeted investments. In order for the nation to achieve its desired outcome however, strong political will of the government would be necessary for the implementation of these proposed regulations and incentives to establish and govern a competition driven hydrocarbon market.